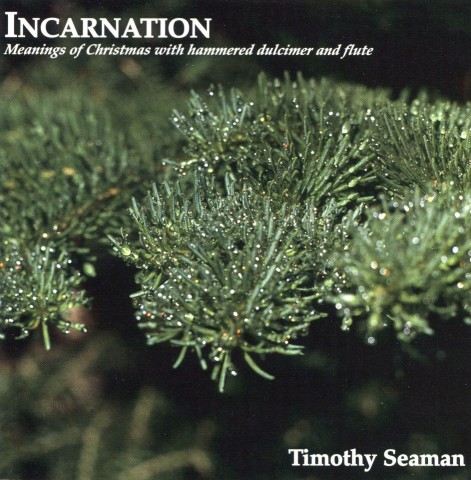 In 2015 we ran out of the current set of CDs of our first solo-produced album, Incarnation, and I found that the company that had been manufacturing them for us had gone out of business, and all the art work had been destroyed!

I found a new company to manufacture it for us, but they said the old lithographed cover art wasn’t adequate for their standards.

Necessity is the mother of invention!  (Plato)

In 2016 our family was planning a first-time siblings’ reunion in Estes Park, Colorado, and I realized that we would be near the place where the original cover photo had been taken in 1988: Longs Peak Campground in Rocky Mountain National Park, at 9,000 feet elevation!

The first photo was a really special one: It was a particular fir tree in our family campsite, close up with a macro lens, with an amazing Exacta film camera from circa 1948, right after a thunderstorm, when the sun had come out and lit up the droplets with marvelous sparkles. 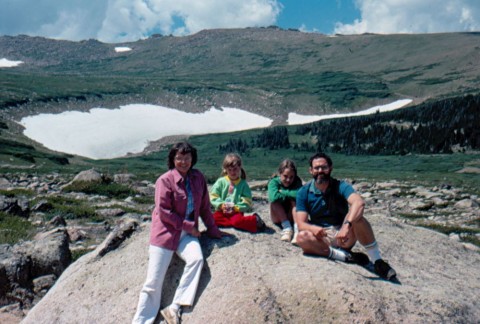 So I got the idea that Ro and I could take a day during that week to revisit that campground and hike the same trail, and also to find our campsite from 28 years before, and find the tree, and find the branch, and photograph it again!

We did find the campsite, the tree, and the branch (28 growing seasons later), and the hike up the glorious mountain in the mist and rain was wonderful as well. The tree was in the clouds, and the sun didn’t come out, so the moisture was there but the sparkle wasn’t, yet the significance wasn’t lost on us! 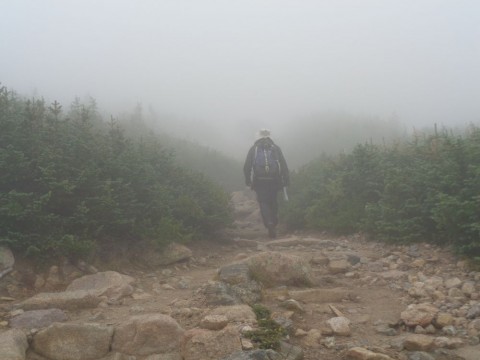 John Girimont did a great job of reconstructing the art with the new image. It’s back in print! Hoorah! 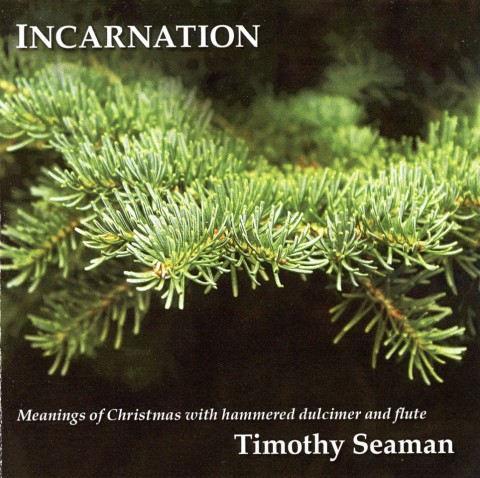